I would like to take this moment to thank the members of the academy for allowing me the opportunity to present tonight's highest award.  Thank you.

There comes a time in our lives when someone goes above and beyond the call of duty.  A time when someone truly reaches out to pluck a single bright, twinkling star from the heavens and to take it for their own, clutching it tenaciously close to their heart.  Now, don't get me wrong, these achievements are not acquired through selfish means, but done under the veil of anonymity.  There is no need for recognition.  There is no need of saying, "Yes, I did this."  It just isn't done.  Admittedly at times, a pseudonym might be used so that someone gets the credit, but in the end the true identity of this aspiring award winner remains a mystery.

Over the years, I have had many run-ins with tonight's winner, yet I did not know it at the time.  But that is about to change. So, let's get down to brass tacks and get on with the award!  Some of you may know tonight's winner as Blocked Missed Call, but tonight, your number's up buddy (crowd laughs and groans).  Ha ha.  I know, I know, I've got a million of 'em.  The 2010 lifetime award winner of the "Thanks For Waking My Ass Up Throughout the Ages" award goes to none other than Mr. Erious Ahole.  Yes, yes, give him/her a huge round of applause.

Thank you Mr. Erious Ahole for waking my ass up throughout the years, including...well...including last night at 1:30 AM when you called my number nearly giving me a heart attack, waking me from a dream of exploring underground tunnels and engaging in a threesome with a couple of nice ladies, and then failing to leave a message of any sort, such as an apology, or a, "Sorry wrong number."  Ha ha ha.  No need to be shy Sir/Madame, c'mon up here so the audience can have a look at you.  That's right...oops, watch that third step, it's a doozy.  Oh yes, before I hand over this award, I want to also thank you personally for waking me up in the middle of the night periodically throughout my entire life, even starting back to when I was fourteen.  Now THAT is dedication.

Here you go.  (Loud applause) Now, any words for the audience, or for those watching this program from the comfort of their own home?

Ha ha ha, there you have it folks, truer words have never been spoken.  Thank you Mr. Erious Ahole.  Thank you very much.  I would also like to thank the audience for coming out tonight and for honoring our other award winners this evening from the following categories:
1) Douchebag with the overly sensitive car alarm, who insists on parking on the street
2) Stupid cat moaning in heat all night
3) The mockingbird with the screwed up internal clock
4) Drunk college girls playing the worst music I have ever heard in my entire life at 3:00 AM and shouting with excitement with each new progressively crap song that follows
and finally,
5) Drunken idiots riding in the shopping cart down the street until it crashes into a metal post. 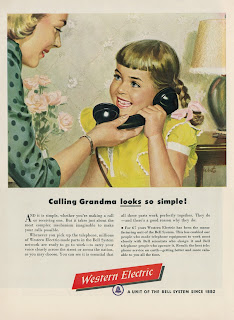